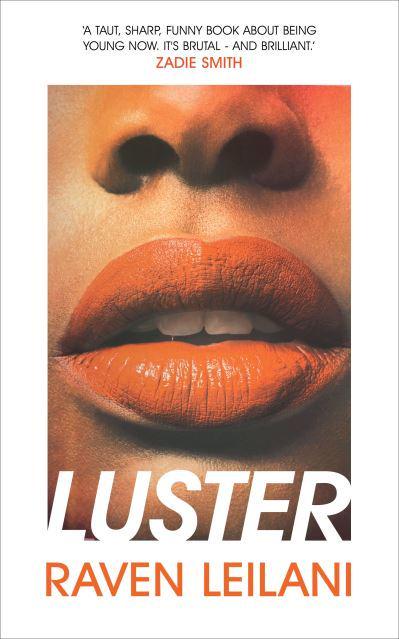 This debut by American writer Raven Leilani, student of Zadie Smith – hotly tipped to be one of the breakthrough novels of 2020. It throws us head first and breathless into the world of disillusioned painter Edie – struggling to get by in a dead-end admin job, sleeping with ‘all the wrong men’. We follow the development of her dating Eric, a white middle-aged archivist living the suburban life with his wife and daughter, and the circumstances that see her moving in with his family.

Edie’s razor sharp, unflinching and astutely observational voice carries us through her navigation of her place (or lack of) within the world; race relations, sex, artistic expression and the systematic structures of privilege are dissected against the slippery and often dangerous state of being young, jobless and poor within The Big City.

The situations and environments the protagonist finds herself in are indisputably odd and often unsettling, her visits to the mortuary where her lovers’ wife works being high on the list. They play out like scenes that would be well translated into film. I felt keenly the lack of dialogue; Leilani constructing off kilter relationships that the reader is given the job of piecing together through snippets of interaction or inaction. It’s as if these people were simply thrown together like marbles in a bag, knocking up against one another, ultimately indifferent.

I devoured this book in two sittings – a mean feat for my dismal attention span thanks to lockdown 3.0. I felt consumed by the unravelling narrative which dragged me in and under, Leilani’s quick-witted language; surprising, poetic but occasionally cliche, the thing that stayed with me the most. By the end I was relieved to be released from the dysfunction of it all. I felt like I should have cared more – about the characters, the story, what happens next…

Undoubtedly unlike anything else I have read, and for that reason alone I would recommend it. I’m excited to see what comes next from Leilani. 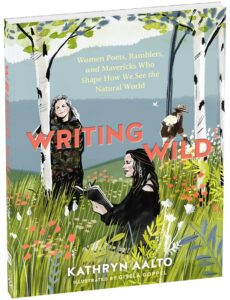 Writing Wild, Women Poets, Ramblers, and Mavericks Who Shape How We See the Natural World.

There is so much terrific nature-writing, but the genre seems to have a reputation for being stoically white and male.

And then along came Kathryn Aalto – American landscape designer, historian, and writer living in Exeter.  Her book Writing Wild, Women Poets, Ramblers, and Mavericks Who Shape How We See the Natural World, takes a modern view. It is a long overdue compendium of portraits about American and British women writers who have been, and are passionate about, their landscapes, gardens, and the natural world.

In her introduction, Aalto states: “If we don’t give diverse narratives, first, the opportunity to exist, and second, recognition and legitimacy, it can appear that able-bodied white guys have, in the words of comedian Hannah Gadsby, “a monopoly on the human experience……”

This then is a mighty and wholly inspiring gathering of women writers, who have, as the sub-title states, shaped how we see the natural world.

Aalto digs out the little-known facts. About Dorothy Wordsworth, apparently “Ernest de Selincourt, one of her earliest posthumous editors and biographers, remarked that Dorothy was “probably the most remarkable and most distinguished of English prose writers who never wrote a line for the general public.”

There is revealing insight into the poetry of Mary Oliver and the landscape she walked at her home in Maine, Nan Shepherd and her beloved Caledonian Mountains, the game changing Rachel Carson.

Aalto’s own style is accessible and engaging and provides a clear view of the individual appeal of the writers.  American writer Elizabeth Rush, she tells, us, “made a deliberate decision to put at the heart of her book (Rising, 2018) stories of everyday people whose lives and livelihoods are being fundamentally reshaped by climate change.”

Each portrait/ chapter is followed by a useful heads up of similar writers and we are provided with a bibliography and further reading. The book is wonderfully illustrated throughout by Gisela Goppel.

This is an invaluable reference and, we suspect, could and should be the beginning of a long and enlightening reading journey.

In her chapter about Amy Liptrot, (The Outrun,2016,  who we discover, headed for her homeland Orkney Islands after “years of hedonism and drowning in booze in London” ) Aalto states: “  We are meant to be in nature – even a picture of a tree can have restorative effect on our minds. Nature offers hope. Nature offers renewal. Close contact with nature can rewrite our inner geographies and save lives.”

Yes, to that. Yes, to this enlightening and vital addition to the book shelves.

British Native Trees, their past and present uses 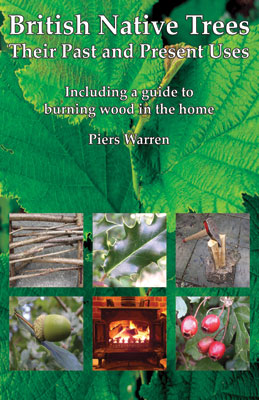 Here’s the thing, a slim volume (84 pages) title British Native Trees Their Past and Present Uses with the sub-title , including a guide to burning wood in the home. It’s by Piers Warren, and we class it as a little gem. Definitely one to keep next to the box of matches, mainly because, there is an entire chapter devoted to firewood – from environmental issues to seasoning, storing, and the vexed question of which one, (if, like us, you are a well intentioned townie).

So here is the book which is the answer to all your log burning prayers; Ash, says Warren is “the best burning wood providing plenty of heat…” and Apple and Pear “burning slowly and steadily with little flame but good heat. The scent is also pleasing” plus twelve further recommendations of the very best woods to burn. What are they? buy the book to find out! It’s here. When we’re allowed to open again, come and browse the books in our lovely log burner warmed shop!