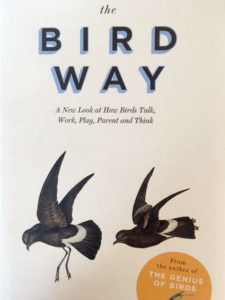 The Bird Way – A New Look at How Birds Talk, Work, Play, Parent and Think 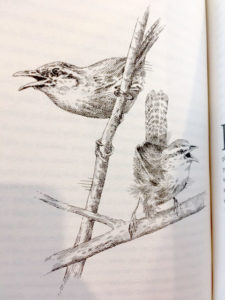 “Birds that give gifts – and birds that steal, birds that dance or drum, that paint their creations or paint themselves, and birds that summon playmates with a special call – and may hold the secret to our own penchant for playfulness and the evolution of laughter.

“Drawing on personal observations, the latest science, and her bird-related travel around the world, Ackerman shows there is clearly no single bird way of being. In every respect, in plumage, form, song, flight, lifestyle, niche, and behaviour, birds vary. It’s what we love about them.” 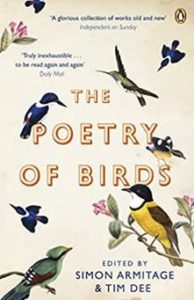 “…There are roughly ten thousand species of birds in the world. Perhaps one thousand of these have been mentioned in poetry. Here we have gathered poems written in English on just one hundred species or so. There are more birds and many more poems, but we have concentrated on the poems we like most and which we think the best… poems that capture a day out watching what’s about.” From the foreword, by Tim Dee.

“Truly inexhaustible… to be read again and again” Daily Mail

“Had me entranced” Observer
“Powerful. A rich and sustaining larder; a marvellously realized sourcebook of flights of feathered fancy” 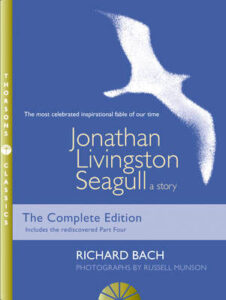 “For most seagulls flying is just a means of finding food, but for Jonathan Livingston Seagull flying is life itself. In flying, Jonathan realises that he can find fulfilment and a higher purpose in life, so, against the conventions of his society, he seeks to become the best at doing what he loves.

“Jonathan shows us that if we follow our dreams we can truly soar. This beautiful fable explains the importance of fulfilling our ambitions and making the most of our lives, even if these goals run against the norms of our flock.” 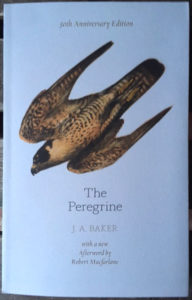 “J.S.Baker’s extraordinary classic of British nature writing was first published in 1967. Greeted with acclaim, it went on to win the Duff Cooper Prize, the pre-eminent literary prize of the time. Luminaries such as Ted Hughes, Barry Lopez and Andrew Motion have cited it as one of the most important books in twentieth-century nature writing.

“Despite the association of peregrines with the wild, outer reaches of the British Isles, The Peregrine is set on the flat marshes of the Essex coast, where J.A.Baker spent long winters looking and writing about the visitors from the uplands – peregrines that spend the winter hunting the huge flocks of pigeons and waders that share the desolate landscape with them.

“This new edition of the timeless classic, published to celebrate the 50th anniversary of its first publication, features an afterword by one of the book’s greatest admirers, Robert Macfarlane.” 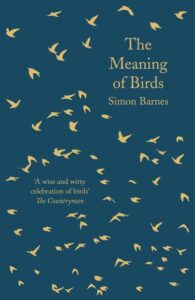 The Meaning of Birds
Simon Barnes

“Whether describing the usefulness of feathers and the nictating membrane of the peregrine falcon, or marvelling at the 103 notes that the wren sings in the course of an eight-second song, Simon Barnes illuminates – with wit, wisdom and affection – the natural history of birds, the rich network of myth and symbolism that attaches to them, and the ways in which we humans have both nurtured and persecuted them over the centuries.” 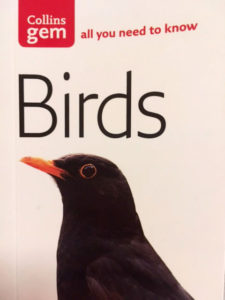 Birds – all you need to know
Jim Flegg

“The ultimate portable guide for quick and easy identification of birds. Covers the 230 birds most often found in Britain and Europe. Includes information on their appearance, where to see them, songs and calls.” 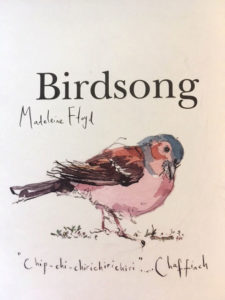 “A celebration of British birds and their songs from artist Madeleine Floyd. From the Nightingale’s flutey song and the mimicry of the Jay, to the chattering warble of the Stonechat, the book covers 50 of the best-loved birds of the British Isles. With exquisite drawings of the birds, their eggs, and a wonderful description of the bird’s character and song, this is a beautiful book for all bird lovers.” 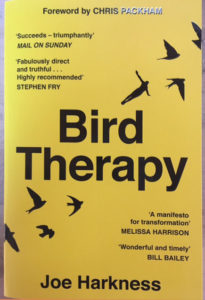 “When Joe Harkness suffered a breakdown in 2013, he tried all the things his doctor recommended: medication helped, counselling was enlightening, and mindfulness grounded him. But nothing came close to nature, particularly birds. How had he never noticed such beauty before? Soon, every avian encounter took him one step closer to accepting who he is.”

“An antidote to the stress and confusion of modern life.” Nick Baker, naturalist and TV presenter. 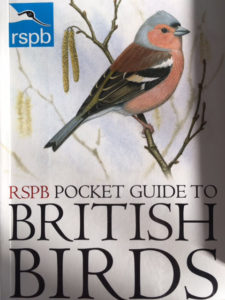 “ …brand new edition of the bestselling field guide from the RSPB is compact, informative and beautifully illustrated, and features 215 of the most common birds found in Britain.” 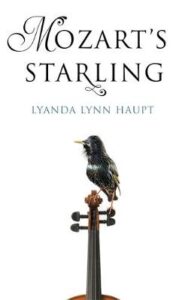 “On 27 May, 1784, Wolfgang Amadeus Mozart came across a caged starling in a shop in Vienna, which sang an improvised version of his newly penned piano concerto mo.17 in G major. Sensing a kindred spirit in the young bird, Mozart bought him and took him home to be a family pet. For three years, the starling lived with Mozart, influencing his work and serving as his companion, distraction, consolation and muse.”

“A seasoned birder and naturalist, Lyanda Lynn Haupt rescued a baby starling of her own and found herself enchanted by the same intelligence and playful spirit that has so charmed her favourite composer. In Mozart’s Starling, Haupt explores the unlikely and remarkable bond between one of history’s most cherished composers and one of earth’s most common birds. A blend of natural history, biography and memoir, Mozart’s Starling is a tour de force that awakens a surprising new awareness of our place in the world.” 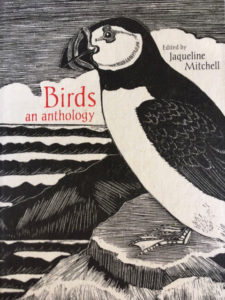 “Over orchards smelling of vinegary windfalls, busy with tits and bullfinches, a peregrine glides to perch in a river-bank alder. River shadows ripple on the spare, haunted face of the hawk in the water. They cross the cold eyes of the watching heron. Sunlight glints. The heron blinds the white river cornea with the spear of his bill. The hawk flies quickly upward to the breaking clouds.” 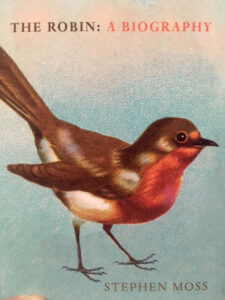 The Robin: A Biography

“No other bird is quite so ever-present and familiar, so embedded in our culture, as the robin. It is undoubtedly the nation’s favourite bird and also one of the most common – with more than six million breeding pairs. The robin seems to live its life alongside us, in every month and season of the year. But how much do we really know about this bird?

“Stephen Moss records a year of observing the robin, both closer to home and further afield, to shed light on the hidden life of this apparently familiar bird. We follow its lifecycle from the time it enters the world, through its period as a nestling and juvenile, to the adult bird, via courtship, song, breeding, feeding and migration.” 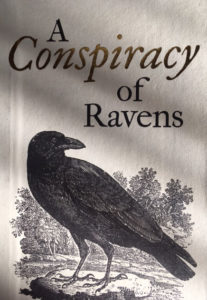 “‘A murder of crows’, ‘a charm of goldfinches’, ‘an ostentation of peacocks’: collective nouns for birds have existed since at least the mid-fifteenth century. They are thought to originate in texts about hunting, but have since evolved into evocative, witty and literary expressions, each striving to capture the very essence of the animal they describe.

“The best of these imaginative terms are collected here, illustrated with charming woodcuts by Thomas Bewick, the renowned naturalist engraver of the eighteenth century.” 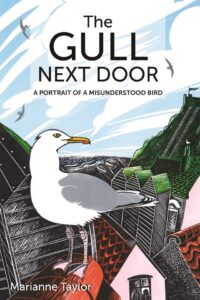 From the foreword by David Lindo “In The Gull Next Door , there is now a book that bridges the gap between the nervous wannabe gull-lover and the confirmed larophile. It is an endearing, gentle and very personal account from a woman who has grown to love gulls. Within the pages of this book you will be introduced in a very relaxed and chilled way into the world of gulls that frequent the UK. There is a tremendous spread of gull information imparted here and I guarantee that by the end you will have fallen in love.”